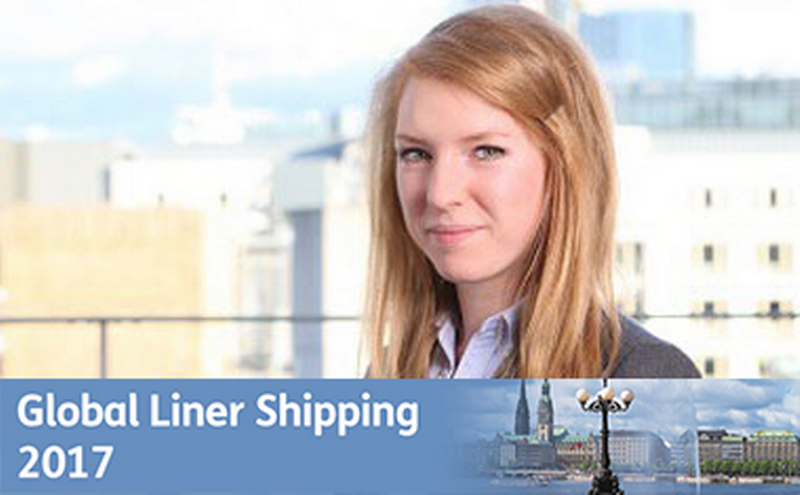 IN THE years since the global financial crisis the container shipping industry, excluding Maersk, has burned through $5bn in earnings before interest and tax, due to liner companies’ focus on market share and not profitability.

Inevitably, that has led to a dim view being taken by the equity markets, Morgan Stanley vice-president Annelies Vermeulen told the Global Liner Shipping conference in Hamburg.

“That doesn’t mean that liner companies can’t make money, as companies such as Maersk have shown, if they focus on load factors and cost control,” Ms Vermeulen said. “But ultimately anything anyone does can be copied by others, so the benefits are often short-lived or one-offs.”

Supply is expected to stay ahead of demand at least until 2018 and with the orderbook skewed towards larger ships, the idle fleet remains a key lever. But the industry seemed hesitant to flex this lever as market share seemed increasingly important, Ms Vermeulen said.

“This containership oversupply can also be attributed to the low interest rates on finance that have forced investors into riskier, higher-yielding assets, resulting in a cycle of cheap finance that has directly benefitted the shipping industry.”

Share prices had not sufficiently adjusted to downgrades and rising fuel prices, and had been supported by better short-term rates.

“We remain relatively bearish and believe that further downgrades should be on the horizon,” she said.

As far as equity markets were concerned, the preference remained for freight forwarders over shipping lines, as demonstrated by relative share price performance.

“This is because forwarders offer much higher returns and have increased scope for capital generation due to relatively more limited capital expenditure needs,” Ms Vermeulen said.

While there was some short-term optimism, the valuation of carriers suggested that equity markets did not think that the liner industry could make acceptable returns in the longer term due to the threat of consistent oversupply.

“From a broader market perspective this is something that has been very much the focus for investors in this space,” she said. “Globalisation, which has shifted manufacturing across the world, and containerisation of cargo, have been drivers of volume growth and allowed years of growth at multiples of three times GDP [gross domestic product] growth.”

Following the crisis of 2009 and macroeconomic issues in Europe, volume growth had slowed significantly on the major east-west trade lanes.

Another important factor was the reshoring of production due to increasing wages in Asia and lower energy costs in the US. As a result, the growth of globalisation had slowed and volume growth was likely to be only equal to GDP growth in the future.

“When capacity is successfully managed, as was the case in the US airlines, network businesses can sustain operating leverage,” Ms Vermeulen said. “US airlines achieved this by consolidation, with the top 10 airlines’ market share growing from 62% in 2007 to 88% in 2016. We are already seeing consolidation in container shipping but there is certainly room for more.”

The number of price setters in the market remained too high and moves to form alliances would not help, she said.

“Because there is no profit-sharing agreement between members, there is no incentive to not fight for market share,” Ms Vermeulen said.

“While the existing set-up may help reduce capacity on the east-west trades, there could be a lot more disruption as the carriers fight for market share and those ambitions haven’t been curbed. Moreover, the capacity issues just get cascaded to other trade lanes such as the north-south.”

Furthermore, the actions of non-aligned carriers, such as SM Lines, Zim and HMM, could trigger more rates wars.

Top-line revenue growth had the potential to return to more sustainable levels if demand recovered, but this would depend on consumer demand, patterns of manufacturing, protectionism and other event risks, Ms Vermeulen said.

On the cost side, rising bunker prices would put additional pressure on the industry and lines would have additional costs in coming years from regulation such as the stricter SOx rules.